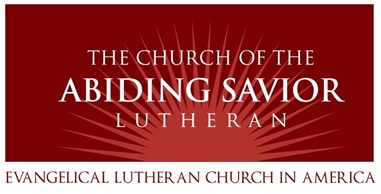 Church of the Abiding Savior, Lutheran

Watch our Solidarity Beyond the Walls Workshop video HERE

32 All the believers were one in heart and mind. No one claimed that any of their possessions was their own, but they shared everything they had. 33 With great power the apostles continued to testify to the resurrection of the Lord Jesus. And God’s grace was so powerfully at work in them all 34 that there were no needy persons among them. For from time to time those who owned land or houses sold them, brought the money from the sales 35 and put it at the apostles’ feet, and it was distributed to anyone who had need.

36 Joseph, a Levite from Cyprus, whom the apostles called Barnabas (which means “son of encouragement”), 37 sold a field he owned and brought the money and put it at the apostles’ feet.

What is it about giving that upsets or frightens people so? Usually, it is fear. Fear that there won’t be enough left in case of catastrophe. “What if I lose my job or retirement? What if there is a medical emergency? I just can’t afford to give right now.” Sometimes it is fear of changing the sort of life we have become accustomed to. These fears are real. These fears were real for the believers in Acts, as well. Yet they shared freely and lavishly with anyone for the sake of living out the Good News of the resurrection.

I think the reason it was so easy for them to give was their being of “one mind.” They were all so moved by God’s love for them in Jesus that they wanted to do whatever it took to care for their neighbor in response to God’s love. They didn’t need to claim anything as their own because things were no longer what was important to them. What was important was ensuring that those in need were attended to and that Jesus’ call to carry on the mission of the Kin-dom of God continued.

This week, as we ponder our own commitment to our community and to God’s mission here, let’s be of one mind; let’s move beyond fear to a place of abundant generosity; let’s allow the immense gift of God’s grace toward us inspire us to share that grace with the Church and the world. God has been exceedingly generous with us in ways we cannot even imagine. Giving to God is an act of love, and an act of unity.